of Electric Boat Association of Greece

The Administrative Council of Electric Boat Association of Greece constitute from: 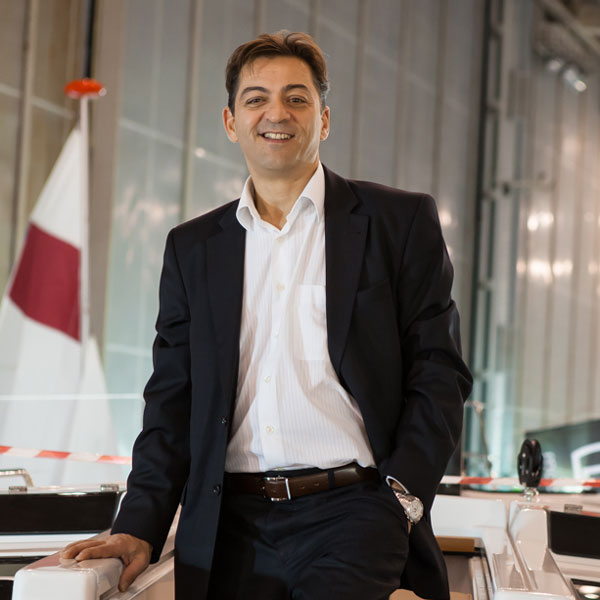 Electrician Engineer from the ATEI Chalcis, been born in Aegio and grew in Kiato Korinthia and encontinuity in Aegio Achaia, from where he graduate from [...]

Electrician Engineer from the ATEI Chalcis, been born in Aegio and grew in Kiato Korinthia and encontinuity in Aegio Achaia, from where he graduate from the 2nd General Lyceum at Aegio.

In 1998 graduates from the Military Faculty of Telecommunications (S.E.T.TIL.). and in 1998 begins his career worker for company ALSTOM- A.E.G. and is occupied in the sector of manufacture of specialised instruments for networks of companies of mobile telephony like Cosmote, Telestet-WIND, Vodafone but also in the manufacture of substations for D.E.I but also for Greek Armed Forces.

It continues his specialisation in evolved electronic systems in group INTRAKOM and it is specialised in the planning and the manufacture of Defensive Directed Missile System PATRIOT that was produced for Greek Armed Forces.

In 2004 was educated in Germany, in the company Carl Zeiss Optronics Gmbh for project Leopard 2 Hel and in 2006 is imported in Faculty S.T.EF of  POLYTECHNIC COLLEGES at Lamia in the department of Aerospace Engineers, with direction: ELECTRIC AND ELECTRONIC SYSTEMS OF AEROPLANES.

In 2007 create his own technical company ILIOFOS Co with work that is focused around the manufacture, study and supervision of Electric – Hybrid cars and Public Transportation, at Electromechanical Public Works, Industrial buildings and Private-owned work with photovoltaic applications.
In 2009 are selected by the program Smilies of European Union for the genesis of idea of Public Transformation Vehicles with engine of internal combustion in electrically driven or hybrid.

In 2011 begin the collaboration with leading companies of world self-propulsion, as NetGain Motors, Logena Automotive but also the UQM Technologies.

His big love for the sea but also for Greece, is the one that in the maze of season of memorandum, pushes it seeks solutions in order to helps his homeland and en takes place, in 2016 creates the Organisation of Electric Boats of Greece – EBA Greece and is elected as Chairman. 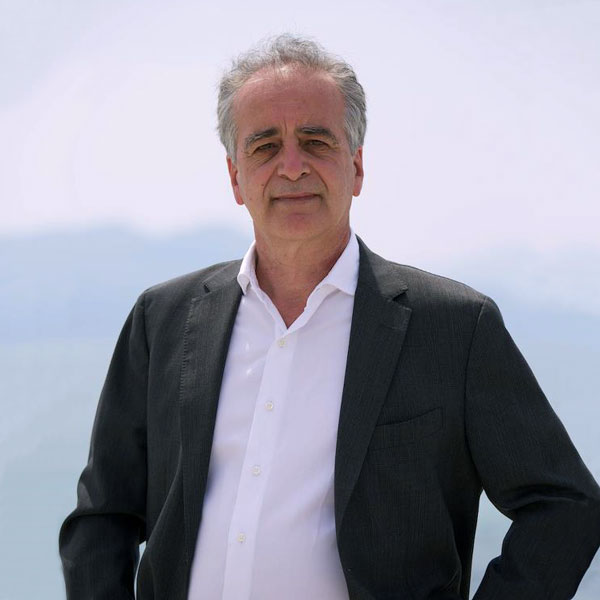 Economist and holds a Master in Management Sc. of  ΗΕC Business School of France with a specialisation in Economy and Management of Public Organisations [...]

Economist and holds a Master in Management Sc. of  ΗΕC  Business School of France with a specialisation in Economy and Management of Public Organisations and a Licence in Public Law of the University of Sceaux in France.

He is coordinator of European projects in different fields with a focus on infrastructures and networks for the support of entrepreneurship, innovation and on e-learning on behalf of French, Cypriot and Greek institutions.

He started his career in France, in the public sector (Ministry of Economy, Center for the External Trade and French Embassy in Greece) and later on in the industrial group Pechiney, before founding his own French consultancy (CEDECS) in which he continues his involvement as CEO and the Greek consultancy DIALOGOS, which was amongst the pioneers of e-learning in EU and in Greece since 1989. With this quality he has been selected as academic evaluator of Socrates-KA4 programme (Innovation in learning and training) during10 years(2000-2010) and was the coordinator of the project PASSAGE (FP VII- 2008-2011) for the capture, valorisation and transfer of know-how in Textile, Leather and Clothing, at European level.

Since his return in Greece in 2007 he focused his activities on supporting entrepreneurship and innovation and on Regional Innovation Smart Specialisation Strategies (RIS3) in Greece and in other Mediterranean countries (MED programme – projects SMILIES, MEDLAB, TEXMEDIN, CreativeMed – and MED-ENPI  – project ΝΕΤΚΙΤΕ).

Currently he is involved in CreativeWear and TALIA projects of MED and in TCBL project of HORIZON 2020. 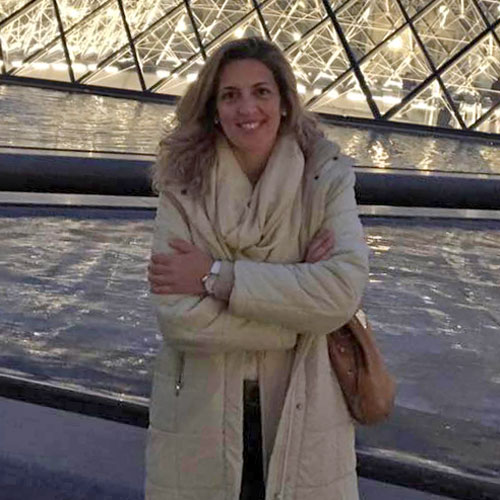 Insurance Agent & Financial Advisor and musician with a Degree in Piano, Harmony & Contrapoint from the National Conservatory of Athens and [...]

Insurance Agent & Financial Advisor and Μusician with a Degree in Piano, Harmony & Contrapoint from the National Conservatory of Athens and a Diploma in Interior Design and Decoration from KLC School of Design, Chelsea Harbour London.

Married with two children, having established 6 year ago φ Design Interiors and having worked for 5 year as Interior Designer – Decorator in Kripis and 16 years as Musician in Kinder Garden & Elementary level schools and as of December 2014 took over the position of Insurance Agent & Financial Advisor in Ethniki Asfalistiki.

The love for boats and sea leaded her to take the Degree in Sailing from Hellenic Offshore Racing Club (HORC) in 1999. Since then she has made several trips with sailing yachts. 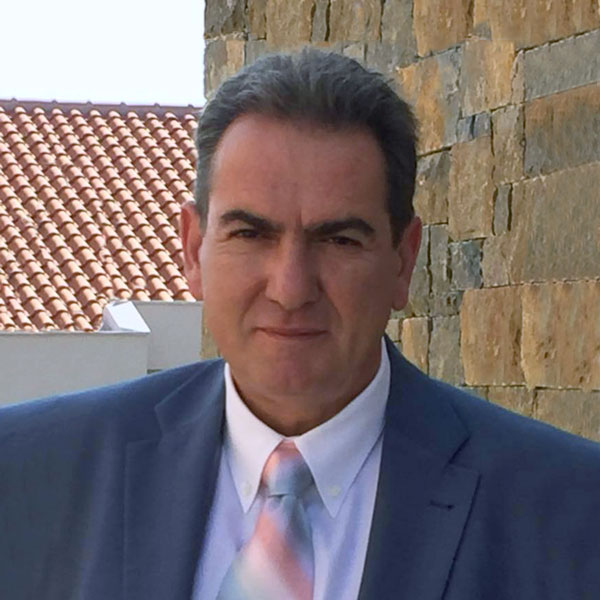 In 1996, he acquired his specialty title of Cardiology from the 1st Cardiology Clinic of the AHEPA Hospital, Thessaloniki, Greece. He resides in Thessaloniki, where he exercises his profession, in particular he maintains a private practice from 1996 and up to present in the Region of Thermi, Thessaloniki.

“I was born on  the name day of Saint Nicolas at the northern seaside of Peloponnese, in beautiful Aigion and I was baptized at St. Nicolas’ parish at the beach of Alyki. Thus began my bond with the sea, long before I was able to comprehend the world around me. It would be extremely difficult for me to live in a place far away from it. Fascinated from all it can offer throughout the year, I have always been in contact with it – swimming, fishing, scuba diving and sailing. At this critical juncture for my country, amid extreme pessimism, the bright idea my friend Andreas Apostolopoulos had for the creation of ΕΒΑ excited me and made me want to try for something worthwhile!”.

“If you decompose Greece, you will end up with an olive tree, a grapevine and a fishing boat. That is all you need to rebuild the country”. 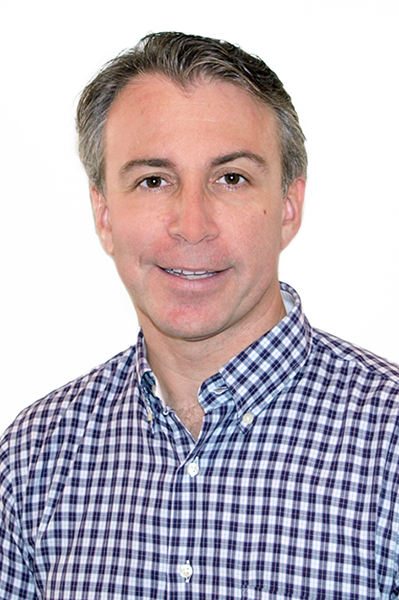 Consultant for Tour Operators and as a free lancer Program Director for Yachts, Cruises & River Cruises. He was born in Athens, from a French father and a Greek mother [...]

He was born in Athens, from a French father and a Greek mother. He studied at The French School of Athens and finished  the University of Strasbourg, International Relations & Interpretation.

In 1998, he became Project Leader and Skipper of Pytheas 98, a sailing journey from Pireus to Stockholm with a 6 meters Rigid Inflatable Boat reproducing the sailing of the Ancient Greek Naviguator Pytheas that started from Marseille and discovered the Northern Parts of Europe.

He has been working as a Consultant for Youth and Citizen Participation within the Framework of European Projects and NGOs. He has been the Vice President of a niche Cruise Line promoting the company in the Americas and Asia.

He is curently working as Consultant for Tour Operators and as a free lancer Program Director for Yachts, Cruises & River Cruises, he is also the Project Leader of the Penteconter Project. A project that was selected as the Flag Ship of the European Project Smilies.

The New Penteconter will be a ship inspired by the Antiquity, 50 rowers and built for eco efficiency, with recycled light materials, solar panels, electric engine and solar sail. She will be a 100 % eco friendly. 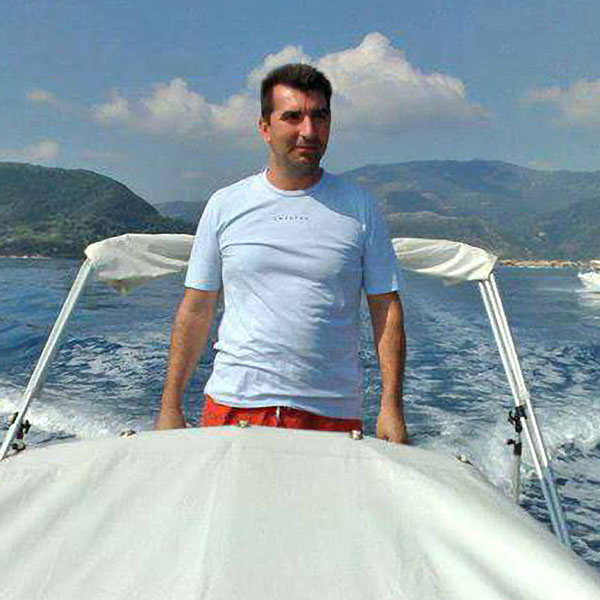