All-electric ferry cuts emission by 95% and costs by 80%, brings in 53 additional orders 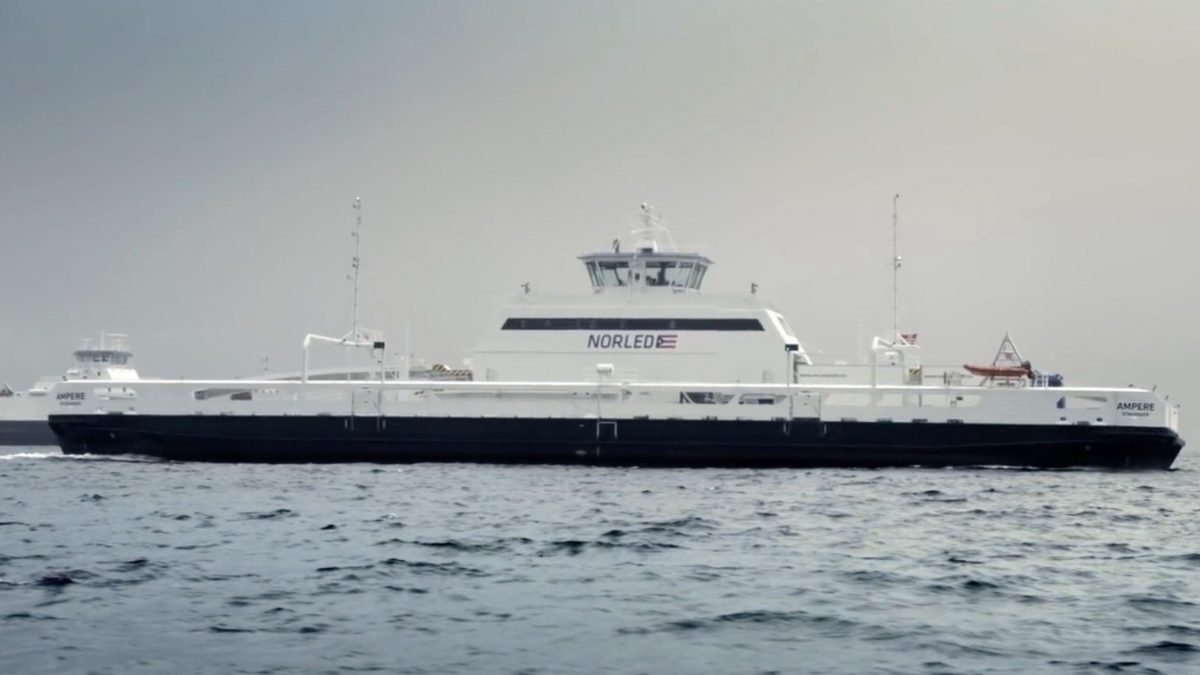 All-electric ferry cuts emission by 95% and costs by 80%, brings in 53 additional orders

The operators of the first all-electric ferry in Norway are starting to get some good data on the vehicle and it’s nothing short of impressive.

They claim that the all-electric ferry cuts emission by 95% and costs by 80% compared to fuel-powered counterparts and the results are attracting customers.

The ferry in question is called “Ampere” and it was put into operation back in May 2015 with the aim to reduce NOx and CO2 emissions, as well as noise pollution on the water.

It was the result of an extensive partnership between Norled AS, a shipping company and ferry operator, Fjellstrand Shipyard, Siemens AS, and Corvus Energy.

The last two developed the electric powertrain and battery system powering the ferry with over 1 MWh of battery capacity on board.

Here’s a diagram of the system – including the two charging stations with battery packs installed in Oppedal and Lavik:

It was already clear that the deployment of the all-electric ship was a success since they quickly commissioned another one, called “Elektra”, that went into operation last summer.

But they announced at the Nordic EV summit in Oslo this week that the numbers are even more impressive than anticipated with CO2 emissions reduced by 95% and operating cost by 80%:

With those numbers, you would think that every ferry operators on the planet would be looking to update their fleet with those all-electric alternatives.

Sure enough, they are seeing a lot of order with a reported backlog of 53 additional ferries.

Here’s a video of the Ampere from when it was launched back in 2015:

As we have often discussed in the past, all modes of transportation are gradually being converted to electric propulsion and that includes maritime transport.

Ferries are a perfect place to start since they often travel only short distances and stay for relatively long periods of time at the same ports, where they can be charged.

That’s exactly what they took advantage of and interestingly, they are charging the ferries through battery packs at each port, which helps maintain a high charge rate while reducing peak demand costs.

Now we are seeing more and more companies going electric for maritime transport.

Last year, Two massive ferries (even bigger than the Ampere) being converted to battery-electric – becoming the biggest all-electric ships in the world in the process.

If you ask me, things are becoming extremely interesting on this front.