We have seen a couple of awesome all-electric boats in the past year, such as Frank Stephenson’s creation and the Alfastreet Energy 23C. Now, we have a tinkerer and EV enthusiast, Scott Masterson, who has converted a 2016 Bayliner 175 into an all-electric speed boat.

Mr. Masterson, who I had the pleasure to speak with over the phone, talked about his passion for transitioning to electric transportation. On top of converting his Bayliner and taking it out a few times a week, he also owns a Coda electric car that he has used for the past couple of years as his daily driver.

According to him, he has had no problems with either the Bayliner or the Coda and they have actually made his life easier because of the ease of ‘refueling’ and limited maintenance. Additionally, he told me that not having to be around and breathe the gasoline fumes is a major plus.

In the Electric Seas forum, Masterson shares the details about his project, including photos and videos. One of which goes into depth about all of the modifications that he completed on the boat.

As a brief overview of the transformation, he explains that he pulled out the 3.0L Mercruiser engine in favor of a 147 HP three-phase AC induction motor that is oil cooled for temperature regulation, input a Curtis Model 1222 controller for power steering, and incorporates Tesla battery modules from Smart cars which are posted under the seats – Tesla used to make to electric powertrain of the Smart EV for Daimler.

Other general specifications include:

In a forum on Tesla’s website, Masterson notes that more lakes are, increasingly, becoming “no gas” lakes. With a focus for cities and states to preserve the cleanliness of their bodies of water, it will be interesting to see how common electric boats will become. 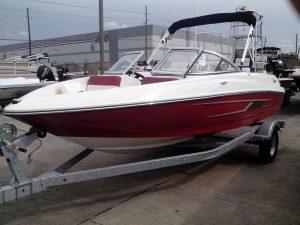 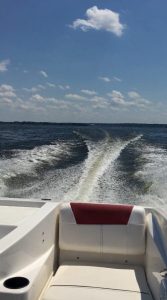 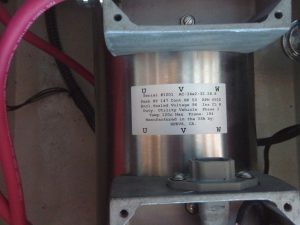 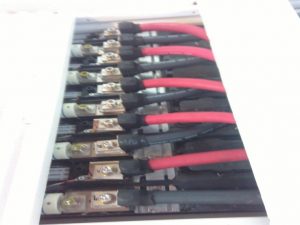 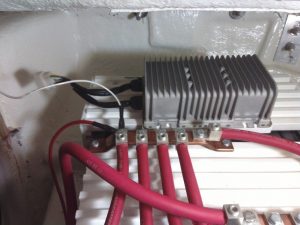 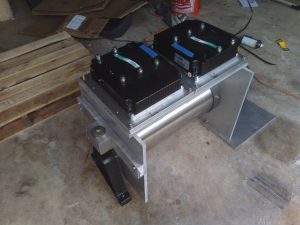 According to him, all the work on the boat wasn’t really all that complex. Surprisingly, the systems in a boat are relatively simple as opposed to a car. While the project took him about 3 months to complete working on it part time, he noted that if someone were to focus solely on the modification of the boat with an extra hand, it would have taken as little as two weeks.

Take a look at his boat in action down below:

Leave your thoughts and comments down below!