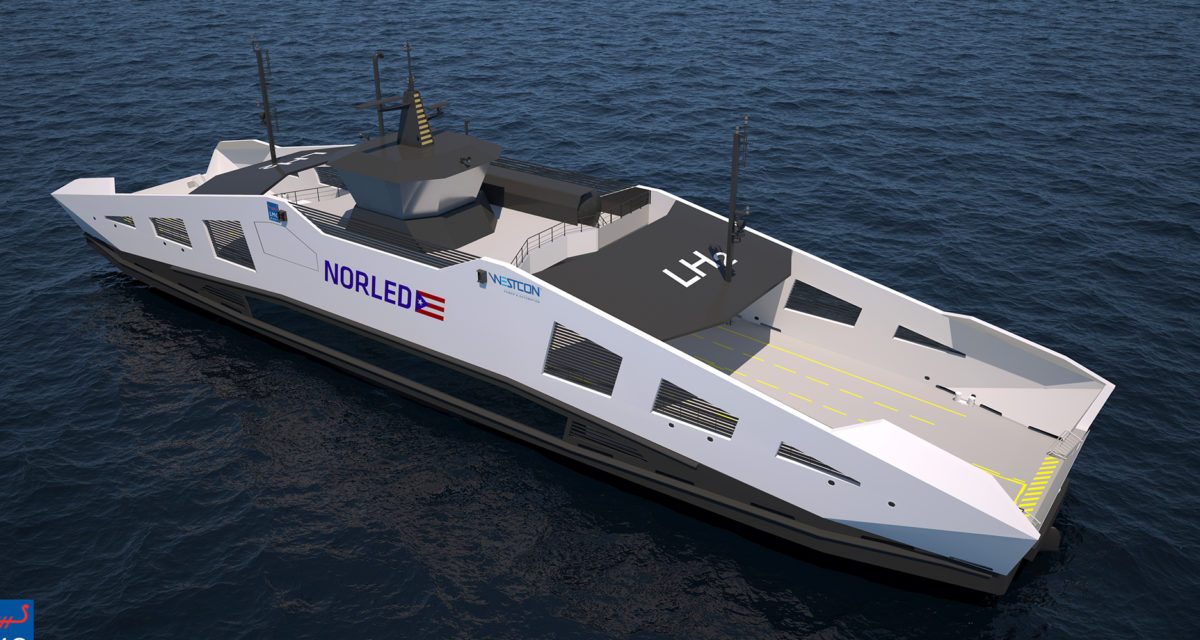 The funds have been granted from EU’s Research and Innovation programme Horizon 2020, under the Fuel Cells and Hydrogen Joint Undertaking.

With increasing pressure for shipping to reduce harmful emissions, fuel cells and hydrogen are key technologies in providing a sustainable transportation option for the international shipping industry.

In Lyon, a hydrogen push-boat operated by Compagnie Fluvial de Transport (CFT) will serve as a utility vessel on one of its most demanding rivers, the Rhône.

In Stavanger, hydrogen is intended to power a passenger and car ferry operated by Norled as part of the local public transport network.

Norled has taken a leading role in the development of zero emission ferries. This innovation project will be an important next step when it comes to proving the maritime fuel cell technology and illustrating its business viability. By leveraging knowhow from existing onshore and marine system integration activities the project will also reduce the cost of marine fuel cell power systems significantly,

This innovation project will look at the possibility to replace biodiesel with hydrogen on one of the ferries to be built for the Finnøy-route north east of Stavanger.

The route serves several islands with short and several stops, which makes it difficult to realize the effective shore charging required for battery-powered vessels.

Norled’s intention is to apply its hydrogen technology in several other ongoing hydrogen-related projects, such as building the world’s first ship powered by liquid hydrogen for the Hjelmeland connection in Western Norway.

In addition to the project funding, significant additional investment to build the ships is made by the ship owners CFT and Norled as well as the consortium partners.

An important part of the project will also be the building of European support networks covering hydrogen fuel supply chains, vessel design and manufacturing competence networks, as well as regulatory expertise.

We are facing a complex, but also new and innovative project for our group. We are glad that the European Commission is supporting this development and we hope that French and local authorities will follow to support and assist the implementation of this Hydrogen powered pusher in their environment,

The FLAGHSIPS project has received funding from the Fuel Cells and Hydrogen 2 Joint Undertaking under grant agreement No 826215. This Joint Undertaking receives support from the European Union’s Horizon 2020 research and innovation program and from Hydrogen Europe.

The hydrogen ships will start operation during 2021.