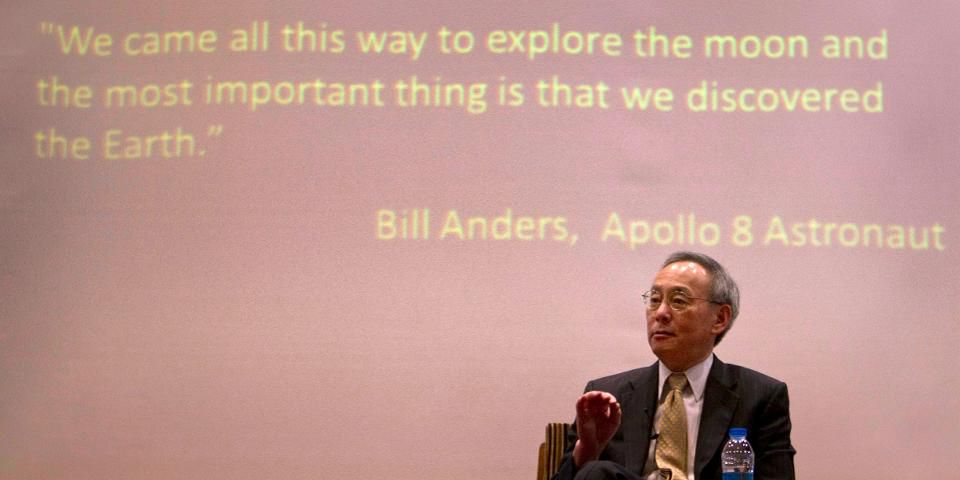 Greenhouse-gas emitting is a lot like cigarette smoking, said former Energy Secretary Steven Chu: you can do it for decades before the cancer shows up, and then it’s very difficult to recover.

The Nobel Prize winning physicist lamented in a University of Chicago lecture that “no one explains” the delay between emissions and the climate changes they produce, nor the enduring nature of those changes.

“Once it’s carbon dioxide, some of the models are saying that circulates with a half life of about 10,000 years. So don’t think 2100, think 12100. Let that sink in. We never talk about beyond 2100. So the longevity of this is going to be much longer than the next century or the next millennium,” Chu said. “I want to point out that three quarters of the greenhouse gas emissions have occurred over the last 65 years, so it’s a recent phenomenon, since about 1950.”

To put it bluntly, humans have done something since 1950 that is going to change the climate until 12100, and we’re only beginning to feel that change.

“What we’ve already done won’t be really visible for 50-100 years. That’s actually easy to understand but no one explains it.”

The delay occurs, Chu said, because the heat retained by increased greenhouse gases in the relatively thin layer of warming atmosphere takes a very long time to warm up the very cold oceans.

“The oceans are cold, very cold. Anyone who has snorkeled or scuba dived knows once you go below a meter or so it’s cold as heck.”