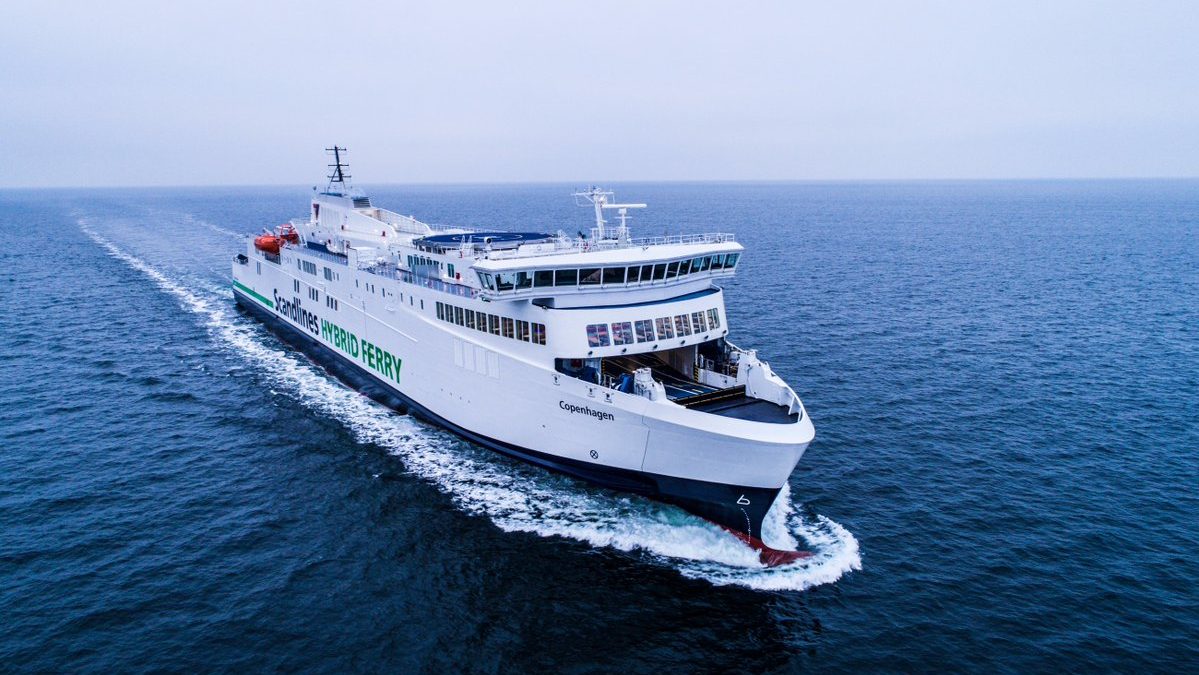 The second new hybrid ferry by Scandlines for the Rostock-Gedser route in Denmark, M/V Copenhagen, has officially entered into operation.

M/V Copenhagen replaces M/V Kronprins Frederik, which will be used as a replacement ferry on the Rostock-Gedser and Puttgarden-Rødby routes. With an extra ferry, which can be deployed on both routes, Scandlines says the total capacity and stability of the schedules will be ensured.

“I am happy that we can now offer our customers this fantastic vessel, which together with the sister vessel M/V Berlin, is the world’s biggest hybrid ferry,” said Søren Poulsgaard Jensen, CEO of Scandlines. “The new ferries represent an investment of more than US$148m per vessel and are a substantial upgrade of the central and eastern transport corridor between the European mainland and Scandinavia.”

Together with MaK/Caterpillar, the manufacturer of the vessels’ diesel-electric engines, Scandlines has deemed it necessary to rebuild the common rail injection systems of M/V Berlin’s and M/V Copenhagen’s engines. The new injection modules were delivered at the beginning of January 2017 and both vessels are now being converted.