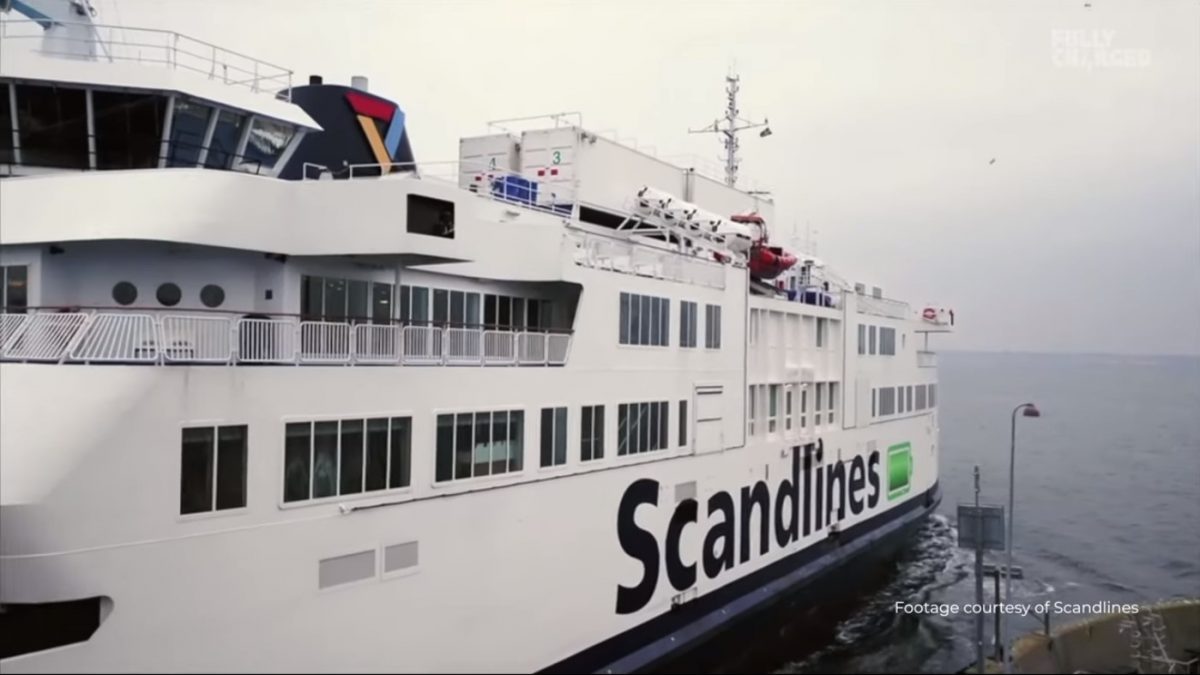 This world’s biggest electric ferry runs between Sweden and Denmark 46 times per 24 hours.

The most recent episode of Fully Charged is about an electric ferry, which reportedly turns out to be the world’s biggest electric ship conversion. It entered service in November 2018.

It’s equipped with a massive 4.1 MWh battery (640 packs) and 6 MW of power (four 1.5 MW propellers) with a diesel engine onboard only for emergencies.

The energy consumption of the ship is beyond imagination as the 4.1 MWh pack would last only for 3.5 runs (14 km/8.7 miles). However, the crew makes sure that keep the state-of-charge within 40-66% of the battery capacity and there’s a fast charger on each side of the trip so the battery will last longer. It’s expected that the battery will survive some 5 years, maybe more, while the payback period is around 8 years (in the middle of the second battery’s lifespan we assume).