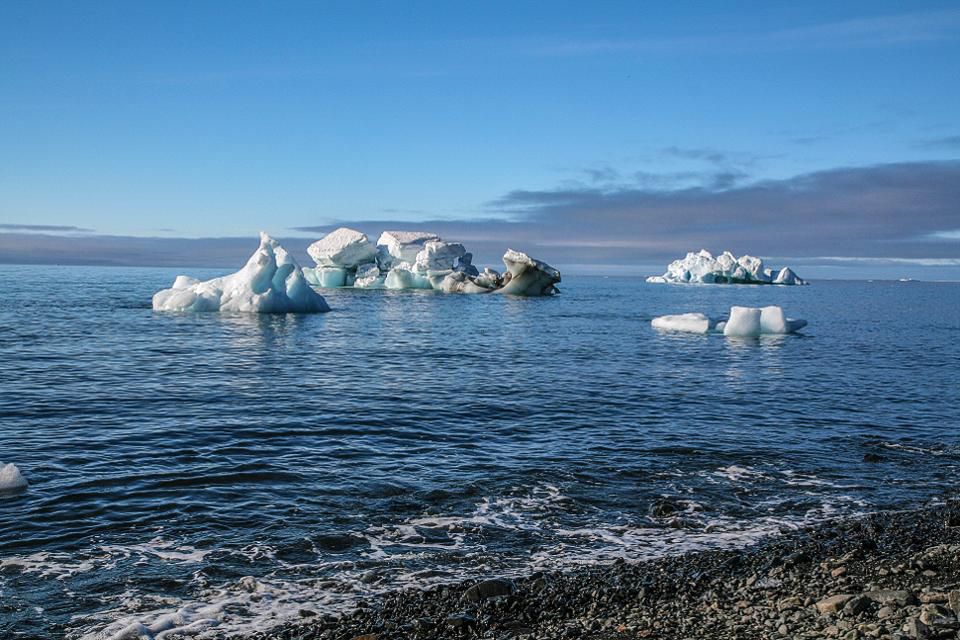 We Have Five Years To Save Ourselves From Climate Change, Harvard Scientist Says

The level of carbon now in the atmosphere hasn’t been seen in 12 million years, a Harvard scientist said in Chicago Thursday, and this pollution is rapidly pushing the climate back to its state in the Eocene Epoch, more than 33 million years ago, when there was no ice on either pole.

“We have exquisite information about what that state is, because we have a paleo record going back millions of years, when the earth had no ice at either pole. There was almost no temperature difference between the equator and the pole,” said James Anderson, a Harvard University professor of atmospheric chemistry best known for establishing that chlorofluorocarbons were damaging the Ozone Layer.

“The ocean was running almost 10ºC warmer all the way to the bottom than it is today,” Anderson said of this once-and-future climate, “and the amount of water vapor in the atmosphere would have meant that storm systems would be violent in the extreme, because water vapor, which is an exponential function of water temperature, is the gasoline that fuels the frequency and intensity of storm systems.”

People have the misapprehension that we can recover from this state just by reducing carbon emissions, Anderson said in an appearance at the University of Chicago. Recovery is all but impossible, he argued, without a World War II-style transformation of industry—an acceleration of the effort to halt carbon pollution and remove it from the atmosphere, and a new effort to reflect sunlight away from the earth’s poles.

This has do be done, Anderson added, within the next five years.

“The chance that there will be any permanent ice left in the Arctic after 2022 is essentially zero,” Anderson said, with 75 to 80 percent of permanent ice having melted already in the last 35 years.

“Can we lose 75-80 percent of permanent ice and recover? The answer is no.”

The answer is no in part because of what scientists call feedbacks, some of the ways the earth responds to warming. Among those feedbacks is the release of methane currently trapped in permafrost and under the sea, which will exacerbate warming. Another is the pending collapse of the Greenland ice sheet, which Anderson said will raise sea level by 7 meters (about 23 feet).

“People at this point haven’t come to grips with the irreversibility of this sea-level rise problem,” Anderson said, displaying a map that shows the site of Harvard’s new $10 billion Allston campus inundated after 3 meters of sea-level rise. He followed that map with images of Manhattan shrunken by encroaching waters and Florida missing its southern tip.

“When you look at the irreversibility and you study the numbers, this along with the moral issue is what keeps you up at night,” Anderson said.

Anderson was awarded Chicago’s 2016 Benton Medal for Distinguished Public Service in part for contributing science that led to the Montreal Protocol, the 1987 international agreement to mitigate damage to the Ozone Layer. He argued Thursday the physical sciences should take responsibility for preventing environmental catastrophe in the same way the biological sciences have set out to cure cancer.

At universities, that means linking the study of physical sciences with global issues like climate change, with government ethics, public policy, and other relevant practices.

In Chicago Thursday, he prosecuted a moral argument that implicates university administrators who refuse to divest from fossil fuels, journalists who fail to fact-check false statements made by political candidates, and executives of fossil fuel companies who continue to pursue activities that are exacerbating climate change—especially those who mislead the public about those effects.

I don’t understand how these people sit down to dinner with their kids,” Anderson said, “because they’re not stupid people.