News from the world of Electrics Boats 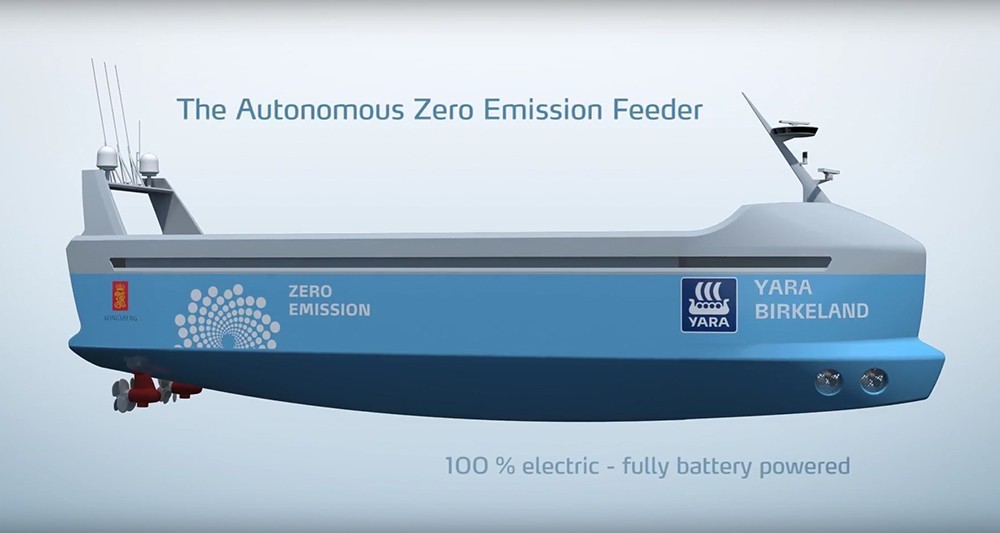 Yara Birkeland: An electric and autonomous cargo ship in Norway in 2018

With 120 kilometers of autonomy and autonomous features, the Yara Birkeland will be the first electric cargo ship deployed in Norway.

Expected in the second half of 2018, the “Yara Birkeland” will be the first self-propelled cargo ship in the world. Capable of transporting a hundred containers at a speed of 12 to 15 knots (23 to 28 km/h), it will be deployed in Norway where it will transport fertilizers between Brevik and Larvik.

The project, carried out by the Kongsberg industrial group and the fertilizer manufacturer Yara International, aims to transfer road transport to the sea with a 100% ecological solution. According to the joint statement of the two partners, the Yara Birkeland will avoid about 40,000 transports in diesel trucks, more than a hundred per day. This reduces road traffic while drastically reducing NOx and CO2 emissions.

“By transferring container transport from land to sea, Yara Birkeland marks the beginning of a major contribution to the achievement of environmental goals, both national and international. This new concept is also a major step forward in the development of maritime transport in general “, says Geir Håøy, President and CEO of Kongsberg.

The Yara Birkeland will make its first trips with personnel on board before moving to remote operation in 2019 and to 100% autonomous operations from 2020 onwards.